Imagine the shower scene in Psycho. No dialogue at all, right? Just a scream. 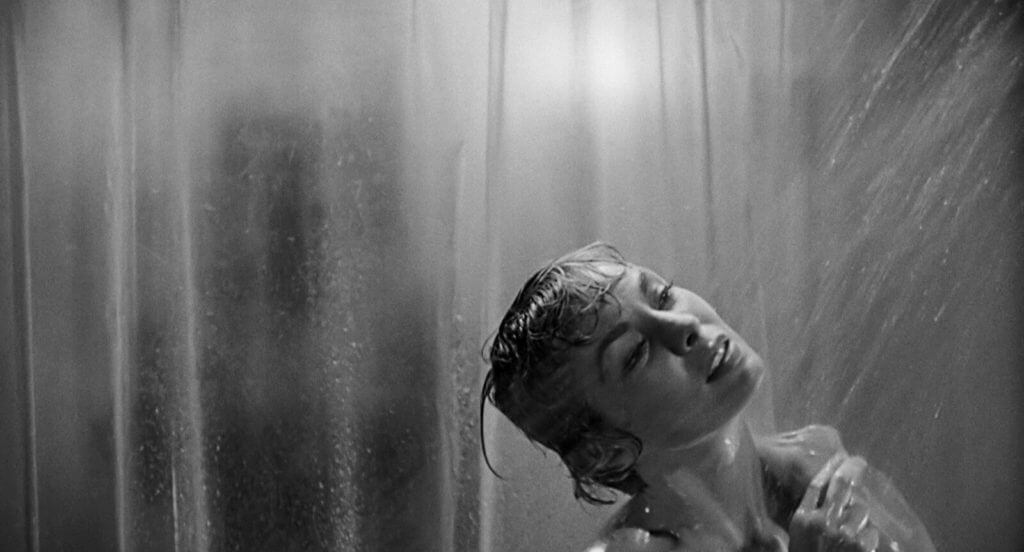 Image Description: A black and white still frame of Marion Crane, played by Janet Leigh in Hitchcock's classic thriller Psycho (1960), as she takes a shower. She lathers soap on her hand and shoulder as she leans back, letting the water cascade over her. Behind the shower curtain, a dark shadow looms.

The visuals are unforgettable. The quick cuts of the knife. Marion reaching for help and pulling down the shower curtain. The slow zoom out from her motionless, lifeless body as the water runs over her, washing her blood down the drain.

Now imagine this iconic scene with no visuals. Just sound effects. The score by Bernard Herrmann, the blood curdling scream, the stabbing sounds, the thud of something falling and the running water. The combination of audio and visuals make this scene what it is, and you could argue that one cannot exist without the other.

Thankfully, Psycho has audio description - unlike many of the classic films on the American Film Institute’s Top 100 List. For those who don’t know, audio description (AD) is a secondary audio track that describes the action on screen in between lines of dialogue for visually impaired and blind consumers. Here’s an example of audio description from Hitchcock’s masterpiece:

Excerpt from the descriptive video track for Psycho:

AUDIO DESCRIPTION NARRATOR: Through the water-streaked translucent shower curtain, we see the bathroom door open and a dark figure enter. Marion bathes, her back to the approaching figure who suddenly pulls back the curtain, wielding a huge kitchen knife.

AUDIO DESCRIPTION NARRATOR: The dark figure lunges forward with a knife. Marion tries to fight back as the attacker relentlessly hacks at her naked body. Dark blood splatters into the tub as the knife stabs into Marion’s defenseless back. The attacker rushes out and we glimpse her dress and her gray hair tied in a bun.

Marion slides against the shower tiles. With a drained, distant stare she sinks down into the tub. The shower water pelts her as her mouth gapes and her chest heaves. Reaching out her right hand, Marion clutches the shower curtain. Suddenly she collapses forward over the edge of the tub, tearing the plastic curtain down.

Water streaked with dark blood flows under Marion's feet and legs. The diluted mixture washes against the tub's clean white bottom and disappears as it turns a spiral down the open drain. The drain dissolves into Marion's open eye, centered by its dark pupil. Her thick, mascara-coated lashes remain still, her eyelid unblinking.

My name is Alex Howard and I love all kinds of movies. I can enjoy anything with a good and interesting story. I especially love horror and thriller films.

I am also visually impaired. I have a rare mitochondrial disease that has resulted in vision loss, most significantly in my left eye. My vision has certainly gotten worse since I was a kid. I can’t imagine reading a regular print book without an audiobook to go with it, or playing catch the way my vision is now. And it’s become increasingly difficult for me to enjoy certain kinds of movies without audio description.

I recently did research to see how many of the AFI Top 100 Films have audio description tracks available. Many of them are films I grew up watching and loving, like E.T: The Extra-Terrestrial, Raiders of the Lost Ark and Toy Story. Other films, like A Clockwork Orange, I recently saw for the first time without audio description.

Experiencing A Clockwork Orange without audio description was not impossible for me, but it was a bit frustrating. Audio description would have helped me most in the first part of the film during the crime spree, since there was so much going on visually. There were several other points in the film where I had to rewind and rewatch to process what happened visually.

Currently when I watch films, if there is audio description available I will absolutely use it. Even when I rewatch a film I saw as a child, the audio description will sometimes point things out to me that I have never noticed before. For example, when I rewatched Pirates of the Caribbean: Dead Man’s Chest recently, there is a scene where Will and Gibbs are trapped in large circular cages over a ravine. When Will asks the whereabouts of the rest of the crew, Gibbs replies, “These cages we’re in weren’t built until after we got here.” After that line, Will removes his hand from the cage.

I always thought this line implied that the cages were unstable and not built very well. But the audio description clarifies that the cages are built out of human bones, and that’s why Will jerks his hand away in disgust:

AUDIO DESCRIPTION NARRATOR: Meanwhile, two cage-like globes dangle from long ropes over a deep ravine. Will hangs inside one, with Gibbs and several of Jack’s crew…

WILL: Where’s the rest of the crew?

GIBBS: These cages we’re in weren’t built until after we got here.

AUDIO DESCRIPTION NARRATOR: Will removes his hand from the cage’s bone bars.

GIBBS: The feast is about to begin.

Image Description: A still frame from Pirates of the Caribbean: Dead Man's Chest (2006), showing the characters Jack and Gibbs peering out through the bars of a globe-shaped cage hanging high in the air. A second cage with other crew members dangles in the distance. Both cages appear to me made out of human bones.

There are a lot of older, black and white films on the AFI Top 100 list, and these are harder for me to see because they lack color and detail. I have also never seen some epics like The Lord of the Rings trilogy in its entirety. Those films contain massive battle scenes that are hard for me to enjoy without becoming confused. Sprawling, fast-cutting scenes, especially ones with a lot of action; scenes that are darkly lit; and scenes without much contrast of colors are sometimes hard for me to understand and follow without the assistance of audio description.

Yet according to the Audio Description Project’s master list of audio described videos (a project of the American Council of the Blind), only 34 films on the AFI Top 100 list have audio description. This means that visually impaired or blind consumers cannot fully enjoy two-thirds of the best films in cinematic history. Many films that are missing audio description tracks, like Ben Hur, Apocalypse Now, Bonnie and Clyde and Lord of the Rings: The Fellowship of the Ring are iconic classics. The fact that they are not fully accessible to everyone is, in itself, a travesty. All movies - but especially classic cinema that has become part of American culture - should be more accessible.

Some of the films that I have been waiting to see with audio description from the AFI 100 list include Apocalypse Now, Lawrence of Arabia, The Godfather Part II, The Deer Hunter and Platoon. Other films on the list that I love and would be excited to rewatch once an audio description track is available are Vertigo, Taxi Driver, One Flew Over the Cuckoo’s Nest, Rocky and Pulp Fiction.

The American Film Institute's Top 100 Films list is full of iconic, classic and historical works of art that deserve to be experienced by anyone who wants to watch them. Part of this means ensuring that all of these films have audio description.

Alex Howard is a passionate advocate of audio description for all media, everywhere. As an Entertainment & News Media fellow with RespectAbility, Alex focused on getting proper representation of those with disabilities in front of and behind the camera, especially those who are low-vision/blind. He has now joined RespectAbility’s Entertainment Media Consulting Team. He recently spoke on a panel with Sundance titled “Bridging the Gap” – Ensuring Media Accessibility Through Audio Description. Alex’s ultimate goal is to help those with any kind of disability enjoy films and television so that, hopefully, more people will be able to connect and share a love for entertainment.

Films from the AFI Top 100 that are audio described:

Films from the AFI Top 100 that do NOT have Audio Description:

Skip back to main navigation